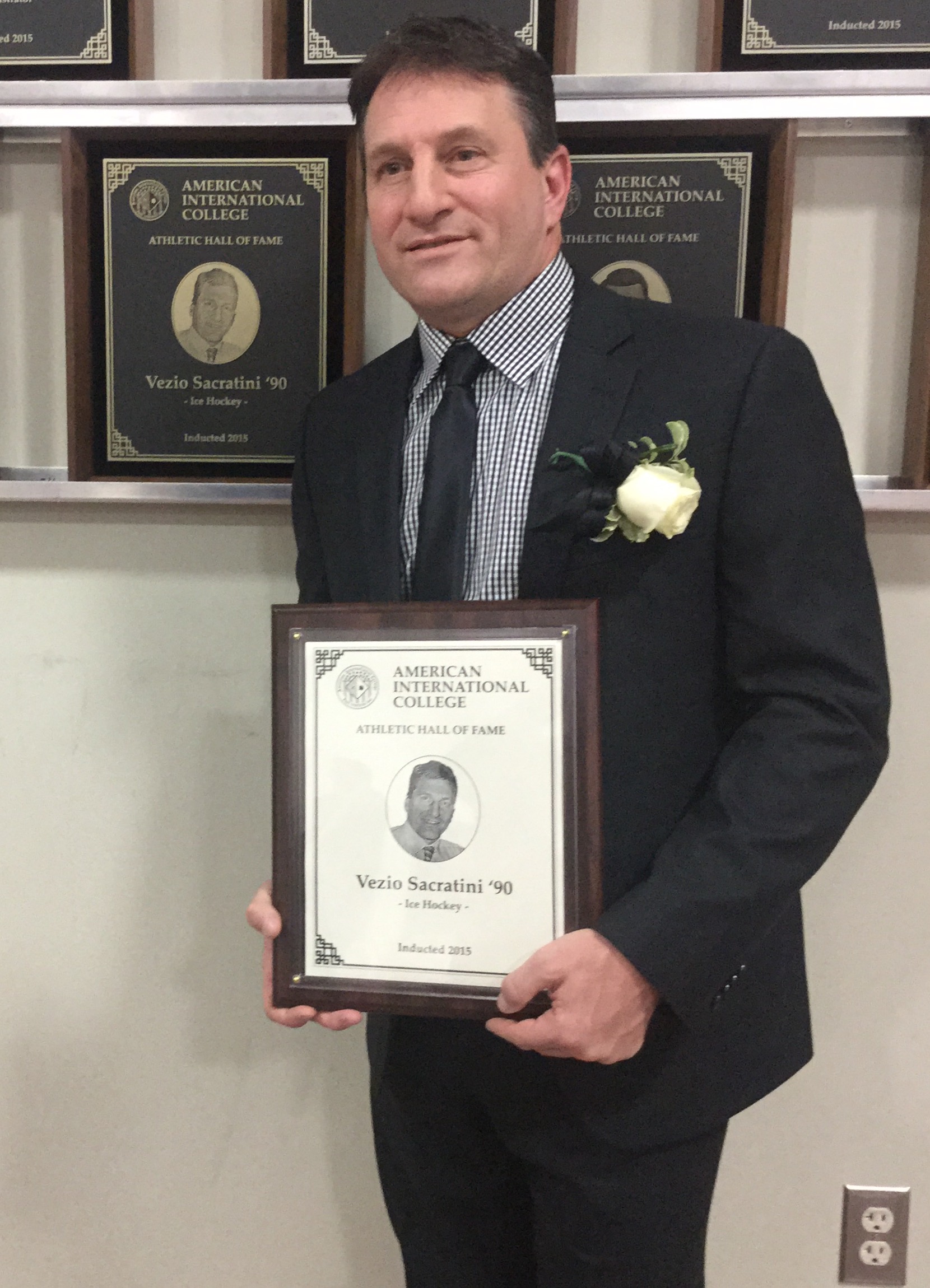 Vezio our business developer had an impressive three years on the ice for Head Coach Gary Wright, as in only 70 career games he amassed 163 points or 2.33 per game. He scored 49 goals and added 114 assists, a mark tied for fourth in the programs history. He also sits tied for ninth on the all-time scoring list with his 163 total points. Him and his teammates brought AIC ice hockey from Div 2 to Div 1 within those years. To add to this Vezio was also awarded ECAC rookie of the year and ECAC Player of the year awards during his time at AIC.

All those winter rides through New England down to Springfield for him and his dad sure paid off.

Sacratini played professional hockey in Europe for 17 years and competed for Italy in the 1994 Olympic Winter Games in Lillehammer, Norway. The Italian team placed ninth overall in those games. Vezio is reportedly the only student from AIC to make it to the Olympics in their ice hockey history.

We would like to take this opportunity to congratulate him on yet another achievement! Vezio is a great asset to our company as a business developer who continues to work within the New England area.